Discussion about the bat cats, volleyball, and any other wildcat athletic team!
Post Reply
5 posts • Page 1 of 1

Second hole of sudden death he nearly eagles from the fairway and taps in the putt for his 2nd career win on The Tour. He also has a couple of Korn Ferry Tour wins. He led the last three rounds until falling behind late today but birdied the 17th to force a playoff.
Top

Nice win for the good guy! He gets his tour card through 2023 and will be an automatic qualifier for several prestigious tournaments.
Top

PurpleOnWhite wrote: ↑
November 22nd, 2020, 10:59 pm
Nice win for the good guy! He gets his tour card through 2023 and will be an automatic qualifier for several prestigious tournaments.

yeah, it was fun watching the last few holes (we tuned-in late) and then the playoff. kisner is a tough nut to crack as shown by knocking in that long putt on the final hole. so, this wasn't a gift win for streb.

robert fell off after his firstborn child. maybe now at 33 - in his prime years - he'll be in contention more often. that was certainly not an easy field he beat yesterday.

good to see him in lavender holding that million-dollar-purse trophy and all that comes with it. 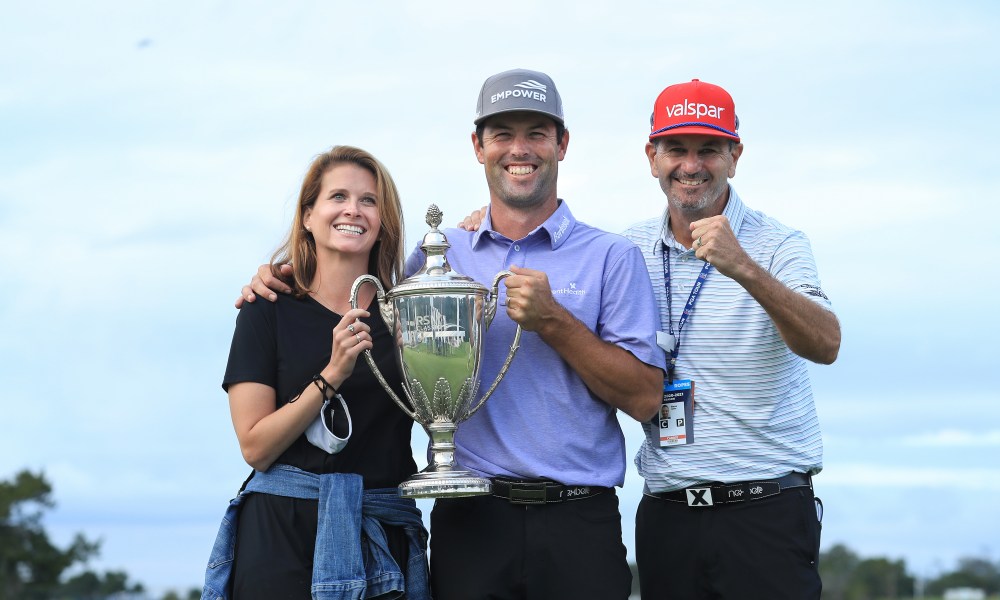 These users thanked the author tmcats for the post:
PurpleOnWhite

His ability to pick himself up after going from a 3 stroke lead to trailing was impressive and indicative of the grit he shows. When he pulled his drive on the first playoff hole into the trap and then had to lay up out of the trap, just to give himself a chance, the announcers pretty much were ready to write him off. He put his chip shot to within 8 feet, then nailed the putt to take it to the second sudden death hole. His pitching wedge from 160 yards on the 2nd playoff hole was amazing as well. Hope he can carry this on over the tour during the next couple of years.

Tied for 7th after three rounds and only a couple of shots from second.
Top
Post Reply
5 posts • Page 1 of 1

Return to “Baseball and Other Sports”